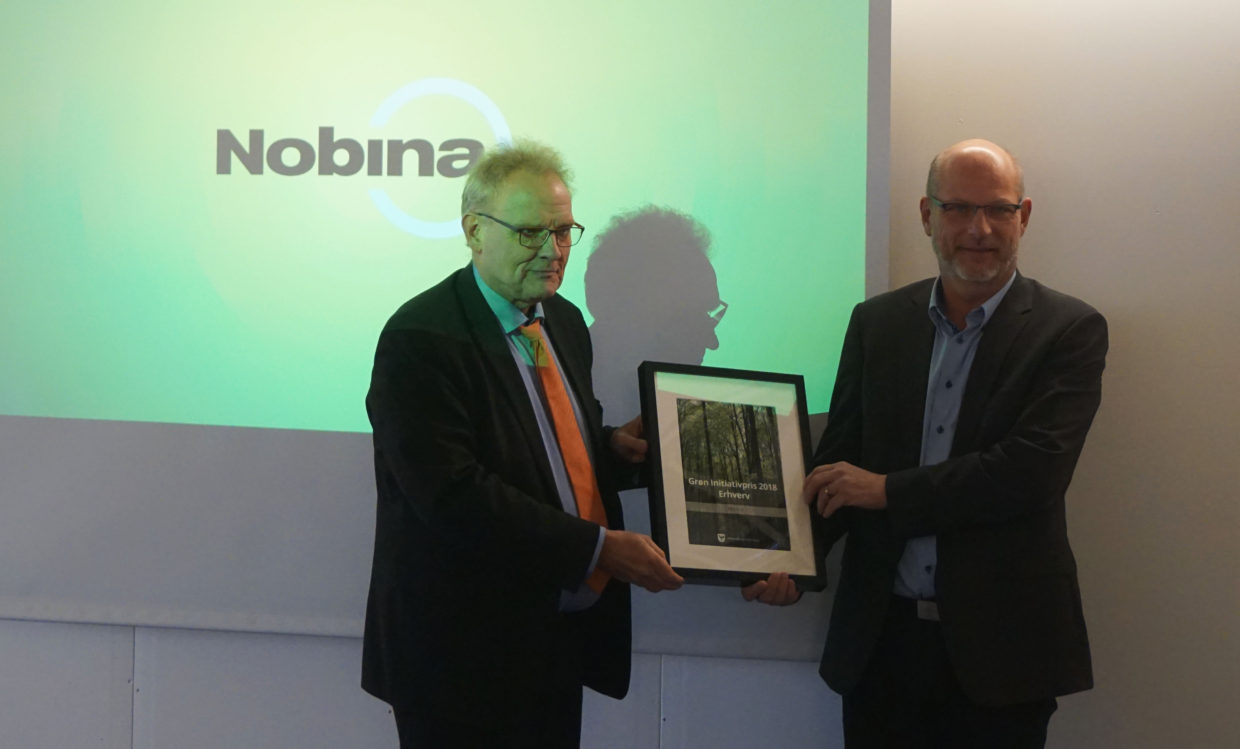 During the showroom inauguration ceremony for the future LINC-TUPPAC self-driving shuttles, bus operator Nobina received a green initiative award from Albertslund Municipality. And the showroom was not a random choice of location. Nobina received the award because it is at the forefront of green transportation, with projects including LINC-TUPPAC, which tests self-driving electric shuttles that are expected to operate in Albertslund Municipality in the future.

“We are proud that Nobina is receiving the municipality’s green initiative prize. This is a great acknowledgment of the work our employees do to create greener bus traffic, as well as of our work with the LINC project. There we are working with a number of partners to test self-driving electric shuttles in LOOP CITY, where the future light rail will operate,” says Niels Peter Nielsen, Managing Director of Nobina Denmark.

Green mobility in the long run

Each year Albertslund Municipality awards the green initiative prize to a local company that does something special for the environment. The prize is based on three criteria: environmental impact, demonstration value and innovation.

And it was exactly those criteria that were emphasized by mayor Steen Christiansen when he handed over the prize to Niels Peter Nielsen, Director of Nobina Denmark. The mayor emphasized that Nobina is at the forefront of creating a city environment with reduced noise, CO2 and particulate pollution while helping to reduce the traffic burden in our society – especially with the LINC-TUPPAC project. But he also emphasized that Nobina takes responsibility for converting buses from diesel to electricity, hydrogen and biomass, and mentioned their efforts with LED lights at the central operational facility and bus parking facility.

“In other words, Nobina not only sets the standard for future green mobility, it also takes both customers and employees along on the green journey. The things we do today will mean something to tomorrow. We are gathered in a new showroom that can demonstrate the future. In this way, Nobina also shows the pathway to a positive environmental impact, especially in the long run,” concludes Mayor Steen Christiansen.

Several of the LINC-TUPPAC project partners attended the award ceremony in the new showroom, including DTU and IBM Denmark, which is collaborating with Nobina and other partners on an app solution for passengers wanting to use self-driving shuttles.