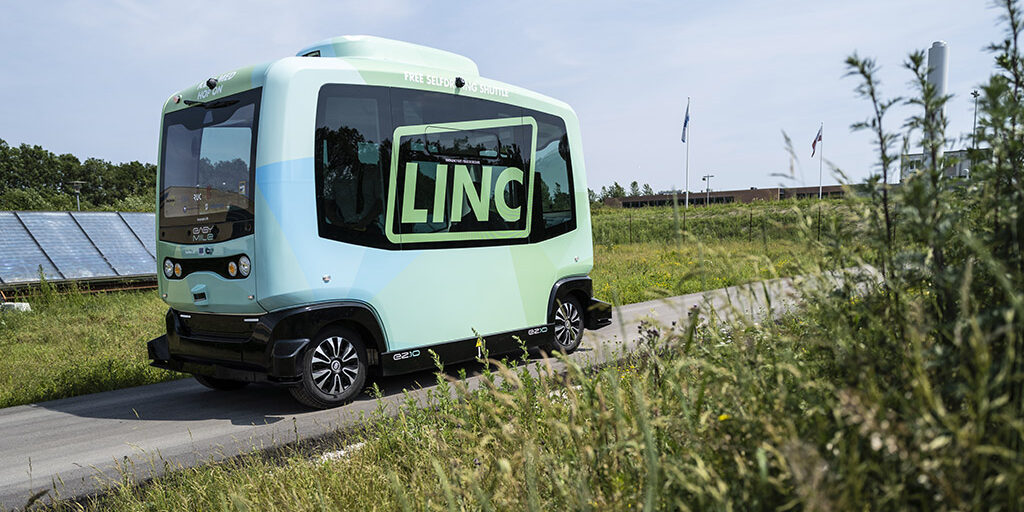 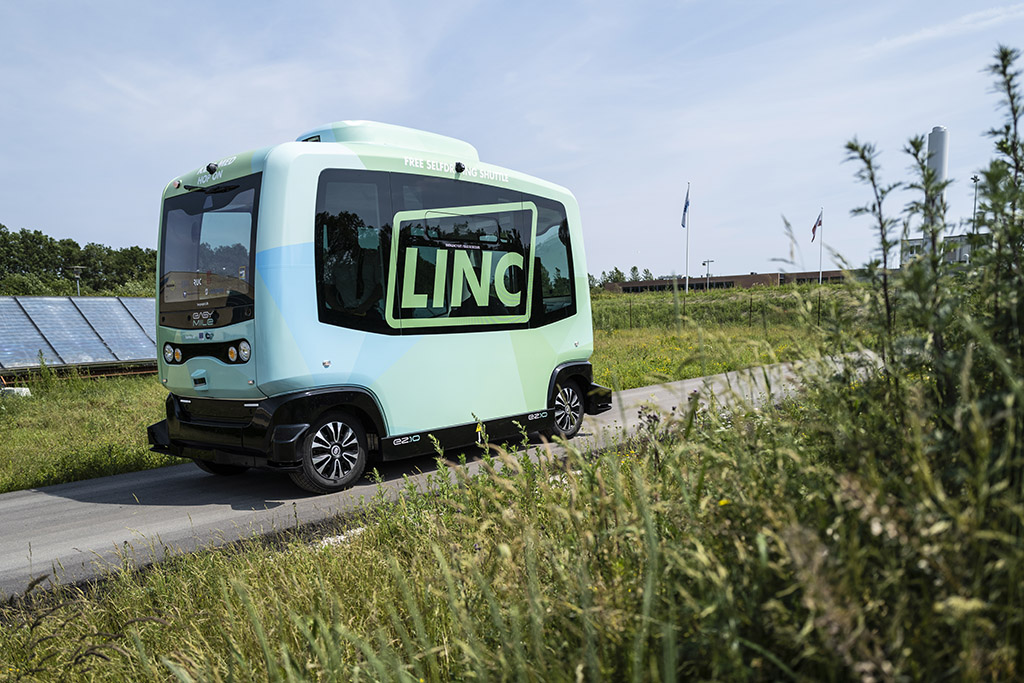 For two years now, the LINC project has been striving to be allowed to test self-driving electric shuttles in mixed traffic. The prolonged application process has been a great frustration for the project partners. That’s why LINC is now highlighting several factors that can help speed up the process for more testing of self-driving shuttles on Danish roads.

This article has been released as a press release!

In Sweden, there have been many tests of self-driving shuttles since 2018, already serving more than 10,000 passengers. Whereas in Denmark, only a few tests have been carried out because it can take several years to get a test approved. Therefore, the LINC project has urged the Minister of Transport to look to our neighboring countries for inspiration, where the application process is far more smooth and security just as high.

By now, the three LINC shuttles should have already run tests at DTU Campus in Lyngby and in Hersted Industrial Park in Albertslund. Self-driving at a speed of up to 20 kilometers per hour, the shuttles can transport up to 12 passengers – for example, on the last stretch between the train and their final destination. Over time, the shuttles will also be able to adapt their routes flexibly to passengers’ specific needs.

Collecting dust in the garage

The transport operator Nobina is collaborating with IBM Denmark, as well as several municipalities and knowledge institutions, in the EU-supported LINC project facilitated by Gate 21. The partners will test the possibilities of the small self-driving shuttles – especially in relation to the upcoming light rail, which from 2025 will operate from Lundtofte in the north to Ishøj in the south.

But despite the fact that the self-driving shuttle project has been underway since the beginning of 2018, the shuttles themselves are still collecting dust in the garage. And it’s a frustrating sight for Rasmus Noes. He is responsible for business development at Nobina, which has been testing identical vehicles in Sweden since 2016:

“As an operator, we need to test the self-driving shuttles on public roads in mixed traffic. This will contribute essential knowledge that can increase our understanding of how users interact with the vehicle, and it will ultimately help increase safety. But while we have been waiting for the final permit, we have had three self-driving shuttles parked in the garage, which have been replaced by a new generation of self-driving shuttles in the meantime,” says Ramus Noes. He calls on the Minister of Transport to look at Sweden, for example, where the approval process is not political but administrative:

“In Sweden, the Transport Authority has managed to create a sensible and accessible pilot scheme, which provides the opportunity to make experiments within a time frame that is affordable. In Denmark, we spend years behind the desk on applications and permits. And even though it is faster to get a permit in Sweden, the trials are conducted at a very high level of safety,” he says.

Knowledge is lost with the Danish experimental scheme

In Denmark, testing self-driving shuttles requires both an approval of the specific vehicle with the Danish Transport Authority and a risk assessment, where an executive order must be prepared. The executive order must then be sent for public consultation and subsequently evaluated at a meeting of the Transport, Building and Housing Committee before it is sent for final approval to the Minister of Transport. Obtaining a permit for a test drive thus involves a time-consuming political process, which is sensitive to, for example, the calling of elections, the parliamentary holiday, Covid-19 and the like.

So far, the application process for the LINC test has taken 2½ years. And with an initial expectation that the shuttle buses could be on the streets by spring 2019, the project is now delayed, which means much shorter testing periods and opportunities to gather experiences. This has also annoyed the mayors of the two participating municipalities:

“In the LINC project, we have obtained EU support to gain concrete experience with a new form of public transport, which we can use to create the sustainable urban development we stand for in Albertslund. With the project, we want to contribute to innovation and work for cheaper and better transport for our citizens. So it is a pity to see it take so long – especially when you see how fast development is going in other countries,” says Steen Christiansen, Mayor of Albertslund Municipality.

He is backed by his mayoral colleague in Gladsaxe Municipality, who is also involved in the project to gain concrete experience:

“With the upcoming light rail and urban development projects such as Gladsaxe Ringby, it makes sense to look at how we can get more people to use public transport with new and innovative solutions. But in order to get there, we need to get some practical experience and see the technology in operation in Danish conditions,” says Trine Græse, Mayor of Gladsaxe Municipality.

The waiting time is being utilized, at least

The LINC project has utilized the long wait to refine the technical solutions and make test runs in closed areas. But this cannot replace the experience gained on public roads in mixed traffic.

“If we had known that an approval would be so time-consuming, then I’m not sure we would have agreed to the project. With current practice, we risk falling behind as a country on a technology that is otherwise in rapid development. It seems paradoxical when we want to be known as a country with innovation capacity,” says Claus Klint, director of the Internet of Things at IBM Denmark, who is responsible for the cloud solution that collects vehicle data.

The application for the pilot scheme for the LINC project is currently in public hearing. The partners expect that the three shuttles will start running at DTU Campus Lyngby at the beginning of 2021.

Based on the press release, the publications Ingeniøren, Politiken and NB Kommuner wrote about the pilot scheme’s issues, with several of the media engaging the Minister of Transport Benny Engelbrecht. He wishes to hold off changing the pilot scheme until 2022, when it will be evaluated.

Read what the press wrote below (in Danish). Please note that accessing the articles requires payment.